The Code Of The Jacket

The Code Of The Jacket
We had a deep freeze here in Los Angeles this past week.  For not one, not two, but four or five days the temperature hovered around a life-threatening 45 degrees.  There was a panicked mob of personal assistants clearing all of the canned goods from the grocery stores, which were promptly returned after the mob realized canned goods are not organic and were probably made by some evil 1% corporation.  Then there was a run on the prepared soup, pre-mixed salads, and soy burgers at Whole Foods.  Then there was a short period of texting, but everyone was driving their car speeding towards home so it was OK.  It was such a terrifying ordeal that Governor Moonbeam nearly called out the National Guard - luckily he “found a mellow patch,” and Martial Law was averted. The worst part of the Los Angeles 2012 Olympic Winter Games?  I had to wear a jacket.  That’s right, a JACKET.  For several days.  In a ROW!  Madness!!!  If I wanted to wear a stinkin’ jacket all the time, I’d move back to Ohio and go to Browns playoff games in January! (That’s the most obvious joke on the blog; a Cleveland Browns playoff game?  At HOME? What is this, 1988?)  However, wearing this jacket (pictured below) while watching the chaos of winter in LA brought me to an understanding, and it was this: very few in this “me first” town live up to what I call The Code Of The Jacket. 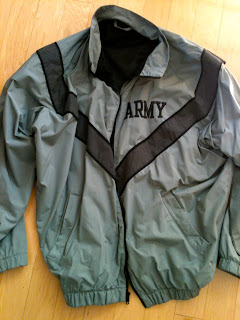 
Help say thank you to our military men and women by purchasing my comedy DVD on my website HERE - as I have for nearly a decade now, I donate a portion of every DVD sale to a military charity.  I’ve recently switched my donations to “The Wounded Warrior Project,” which helps those injured in battle with just about everything upon their return home.  Just my way of saying Thank You.
Posted by Unknown at 3:02 PM 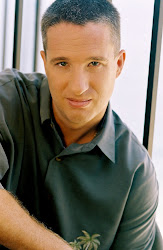